Yesterday Jan and I visited the Art Institute of Chicago to catch their excellent exhibit, 'Looking after Louis Sullivan: Photographs, Drawings, and Fragments', before it closed. This exhibit included a selection of the amazing photographs of Sullivan's buildings that were taken by Richard Nickel, and also photographs by Aaron Siskind and John Szarkowski, both of whom I was previously less aware of. I am a huge fan of Louis Sullivan's work, unfortunately all too many of his buildings in Chicago have fallen to 'progress' or accidents such as the 2006 fire at the Dexter Building (aftermath pictured).

In the neighbouring gallery there was an exhibit called 'Chicago Cabinet: Views from the Street' that features the work of seven photographers. Amongst these were photographs by David Plowden. David Plowden's photographs achieve what I am often hoping to achieve myself when I am out shooting. Whilst beautiful to look at, his photographs of urban and industrial landscapes also include an important element of documentary. So when I got home I wanted to compare some of my work to Plowden's to see what I could learn from him; I was surprised to discover that, although I would describe the aims of my photography in similar terms to those the Art Institute used to describe Plowden's, I very rarely take photos like this; in fact I was hard-pressed to find a photograph on my flickr site that I could use as an example for this post. Perhaps 'Rockwell Departure' or 'River City Condos' fit the bill: Rockwell Departure 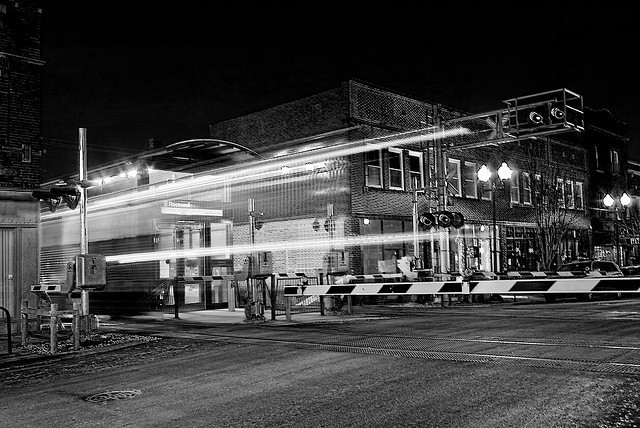 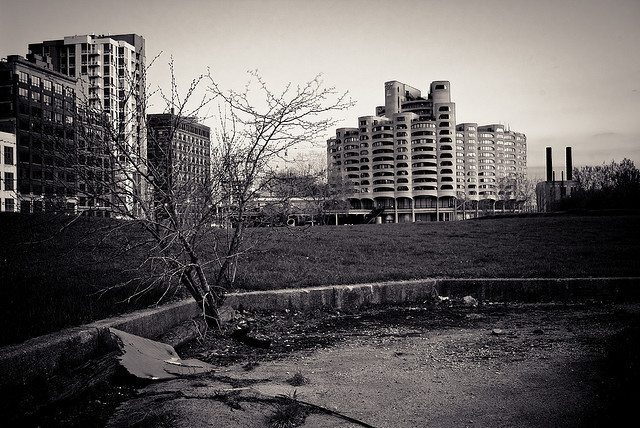 One of the information boards at the exhibit caught my eye. It discussed how Plowden's photographs rarely include people. This is another stereotype I have of my own photography—that I don't do people. In fact I often shy away from taking people's portraits when asked, because usually the results disappoint both me and the person that I am photographing. However, in searching through my flickr stream I was again surprised to see that I actually do people more often than I thought; and although they are usually a less obvious element of the photograph than they would be in straight portrait photography, in some cases I think that they make the photograph, such as in 'UIC-Halsted', or 'Montrose Point pinhole': UIC-Halsted 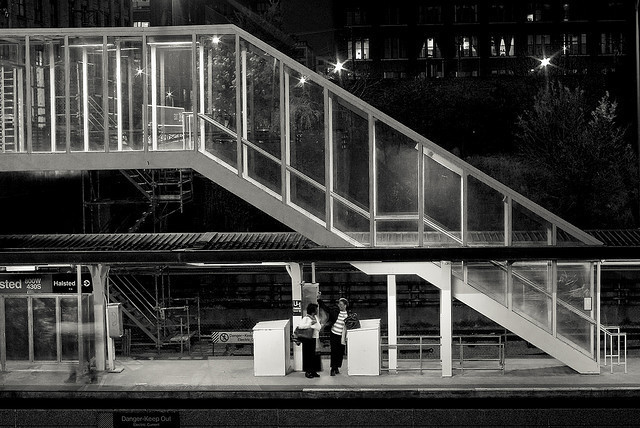 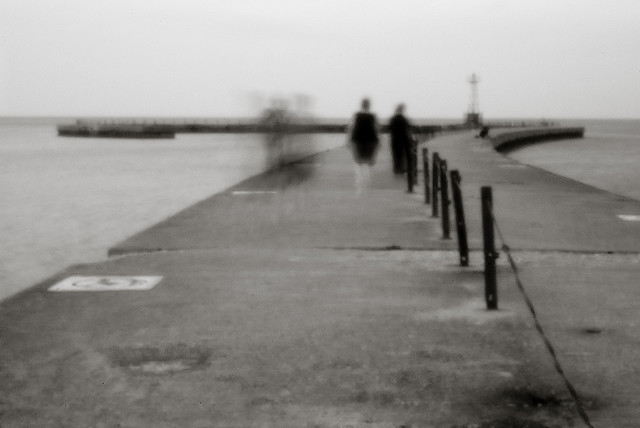 So perhaps I should rethink what I tell people when they ask what kind of photographs I take. Also, with the New Year rapidly approaching, I'm wondering whether a good resolution would be to challenge myself to make 2011 be a year in which I do do people. The Sullivan exhibit closes today, but the Chicago Cabinet exhibit is open until 17 January 2011—if you are in Chicago and you haven't seen it yet I recommend it.