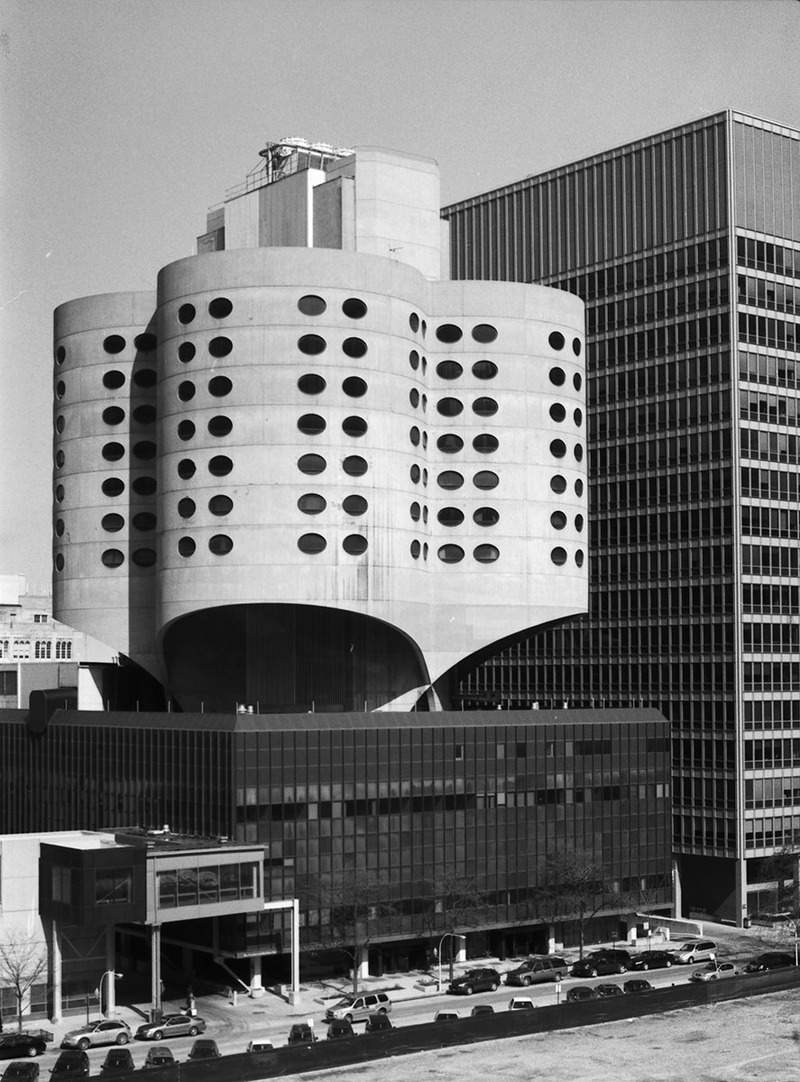 Growing up in the steel city of Sheffield, I was surrounded by the legacy of the industrial revolution. I remember hearing the wastelands that followed the decline of British industry described as romantic, and being perplexed by this at the time. However, I have come to appreciate the steelworks for what can best be described as their romance.

Shortly after I arrived in Chicago, I went on a group bicycle ride. Following the pack and not knowing where I was going, we travelled along an amazing street. Lined with large factory buildings it seemed like every few hundred metres an open doorway gave a glimpse of fire and molten metal. It took me a couple of years to rediscover the place, but when I did I was armed with my camera.
I have since returned a few times and I have posted pictures of the Finkl steelworks to my Flickr account. However, one evening in May of 2009 I happened to visit the area with my friend Tim, and my old Pentax P30 35 mm SLR camera. Two years after swapping this camera body for a shiny digital model I had fairly randomly thrown a roll of Kodak TMax ISO 400 film into the camera and brought it out with me on one of our regular evening photo walks.
The trouble with analog is that you can't just come home and look at what you have captured. There is an additional few steps involving chemistry and darkened rooms. Not being set up to do this at home, back when I shot film regularly this meant taking the film to a lab, and, me being the disorganised type that I am, I often would have a collection of exposed film languishing, waiting for me to get it processed.
This night in '09 was no different, except that I didn't actually finish the roll of film, so instead it languished in my camera for two years. Then, last week, a conversation with Tim on G+ led to me taking the P30 out once more, this time on a bike ride. The remaining seven frames on the film exposed, Tim generously offered to take the film to the lab the next time he was going. When he got the film back he also kindly scanned it for me, and now I have 26 files on my Mac that leave me wondering why I ever switched to digital. Will I switch back to film? No, but I hope to give the P30 a little more love in the coming months.
After that build up, the photos may be an anticlimax to some, but to me they have not only captured an image of Finkl, they have captured the feeling of the peering into these vast, dimly lit, grimy, dusty buildings on a warm spring night in Chicago. 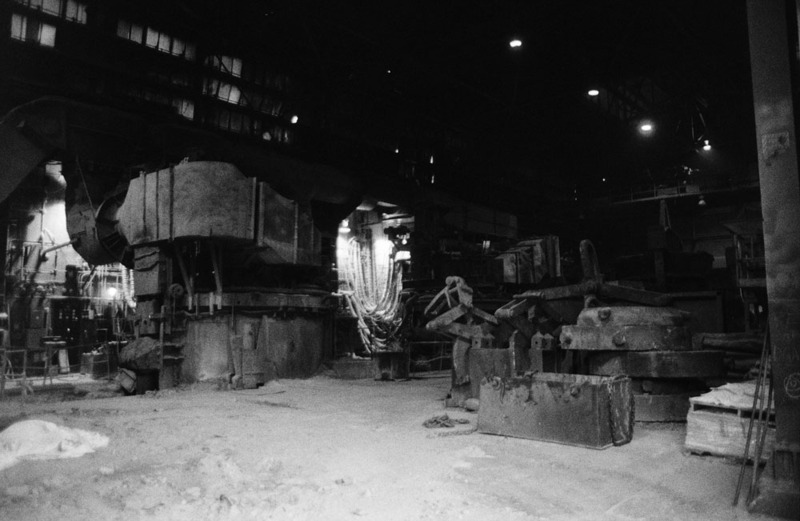 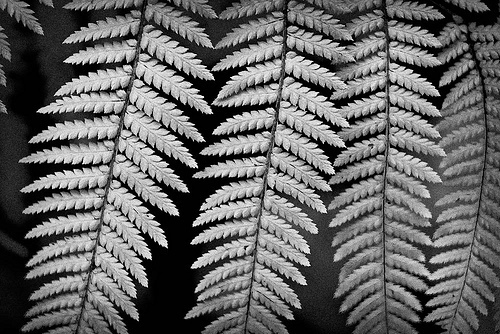 I'm sure that many of my photography frields in Chicago have at some time or other enjoyed a visit to Garfield Park Conservatory. Last night the conservatory was badly damaged by hail. They need help to cover the cost of cleanup and repair. Please help if you can here: http://www.garfieldconservatory.org/donate_online.htm

With the longest day last Tuesday, I was hoping for some great evening light this week. The weather had other plans; it has been overcast and rainy all week in Chicago. Never-the-less I headed to Loyola beach with Tim last night for a short photo outing before retiring to our current favourite bar—the Fireside Lounge. 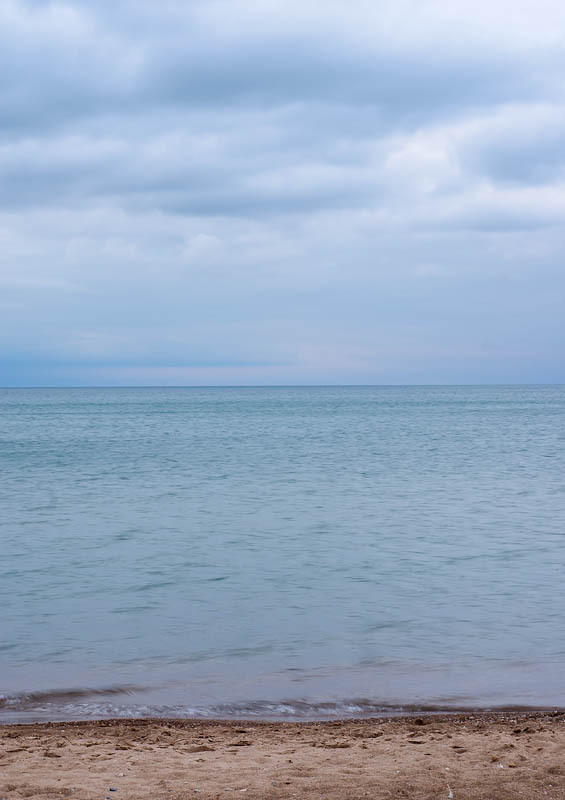 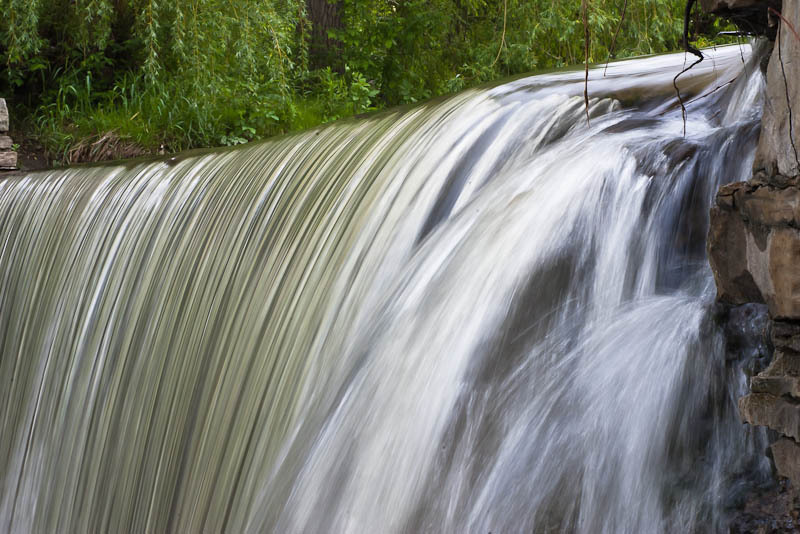 Last weekend I took Jan to Milwaukee for a trade show. While she was at the show I met up with Tim and we spent the day exploring Milwaukee and the surrounding area. Just south of the city, in South Milwaukee, there is a park called Grant Park. The Oak Creek enters Lake Michigan in the park, and the road into the park, Oak Creek Parkway, follows the creek. We spend a lot of time in the woodland around the creek, and I posted some pictures from there to my flickr photostream last week. At one point the valley opens out and there is an old mill pond. This photo and the accompanying sound are of the water flowing over the top of the dam at the head of the pond. 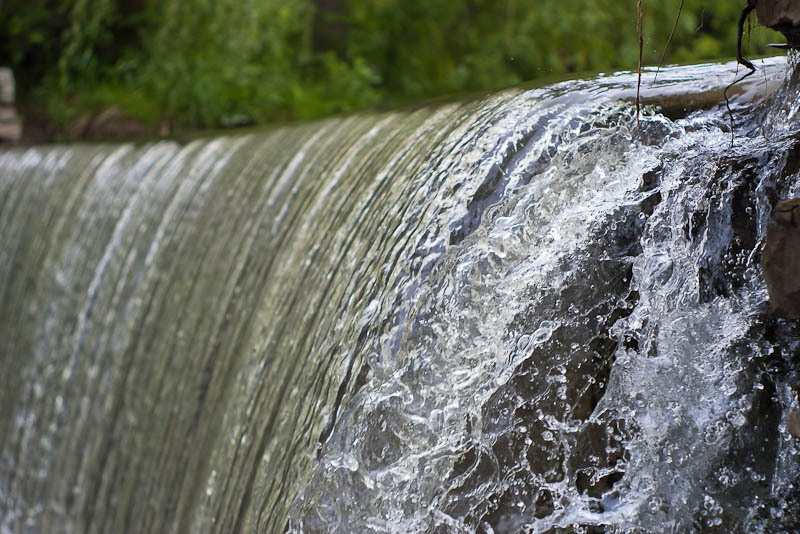 Welcome. I have decided to move my blog from Wordpress to Posterous. New posts will appear here from now on.

Sometimes when out shooting, the scene that I am trying to photograph will have a sound that I would love to be able to attach to the photo. To that end I have bought myself a small portable sound recorder and I have been experimenting with how to make field recordings, edit them, and upload them somewhere so that I can link them to a photograph. This post is to test out using combining audio and photos; the photo and audio were captured last Thursday at Montrose Point on Chicago's Lake Michigan shoreline. 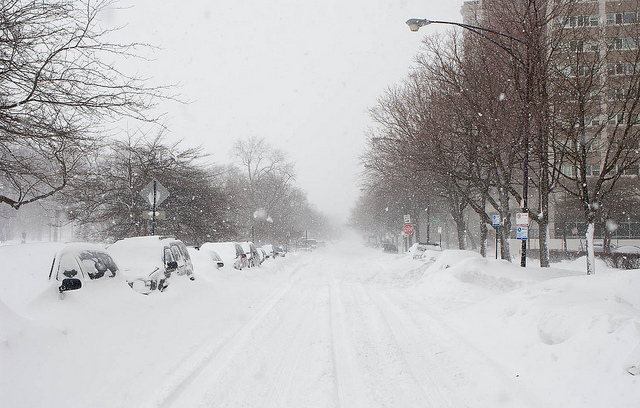 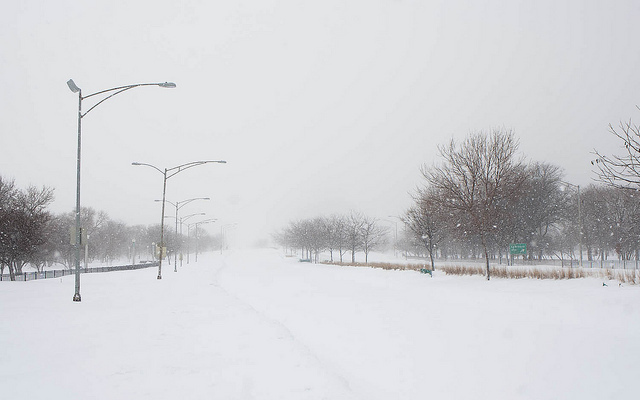 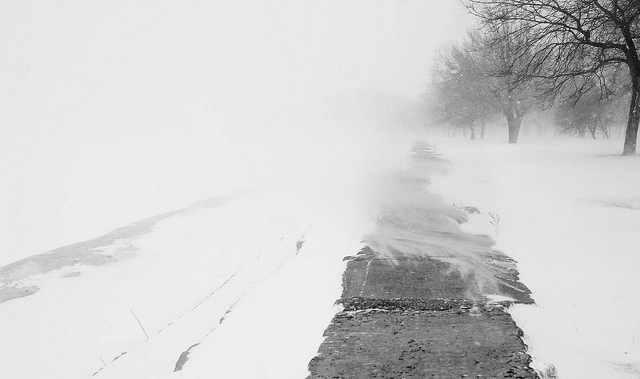 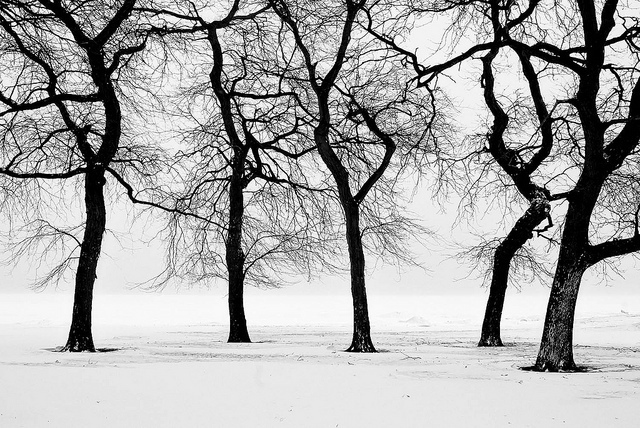 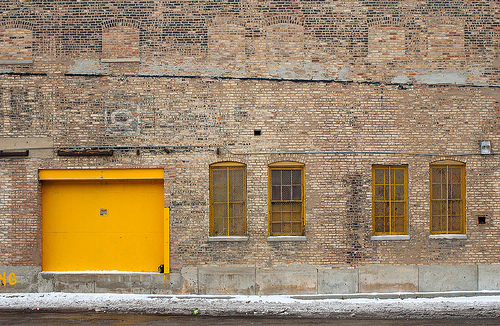 I went on an urban hike with Tim today. We followed the North Branch of the Chicago River from North Avenue to Wolf Point. Once downtown we made our way to the Art Institute for lunch and then checked out their exhibit of Lewis Baltz photographs 'Lewis Baltz: Prototypes/Ronde de Nuit'. I was struck by how similar some of the shots that I had been taking earlier on our walk were to Baltz' photographs in the exhibition.

This is one of the shots that I took on Goose Island. The photos in the Baltz exhibit were all black and whites, and I was tempted to follow suit, but in the end I decided to stick with my original plan and develop these in colour as I love the different tones and hues in the brickwork. The walk across Goose Island and into downtown is an interesting one. You start in a mix of old and newer light industry, as you head south old warehouse buildings like this one start to prevail, and gradually, as you approach downtown, the warehouse buildings have been 'beautified' and converted into condos. I prefer them pre-beautification, but I am glad that many have been saved rather than facing the wrecking ball.