From the first time that I drove into Chicago back in April 2003 Lake Michigan has captivated me; and on that visit Jan and I stumbled upon Montrose Point, a place that has since become a particular favourite of mine—walking out onto the break-wall surrounded on all sides by the lake gives a feeling of peace that is hard to come by in the city. 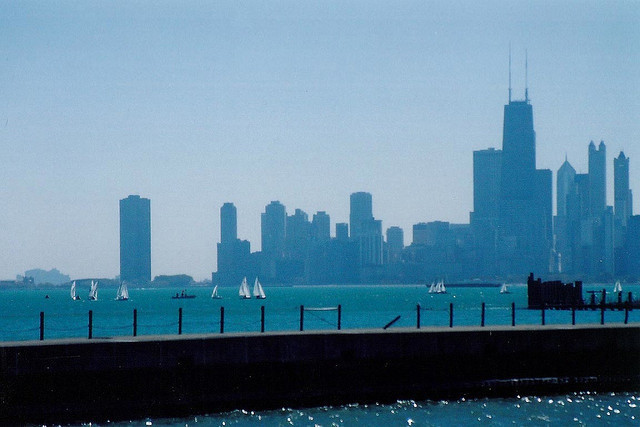 The sand held back by the break-wall forms Montrose beach; a popular place in summer for families and dog-walkers.

But for me it is during the winter that the beach comes into its own… The wind-blown sand forms amazing natural sculptures: 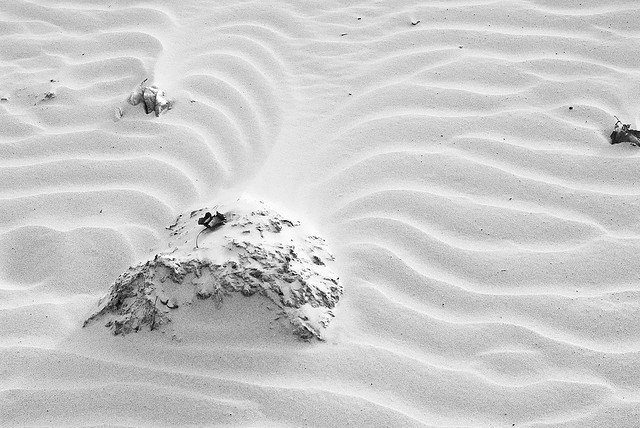 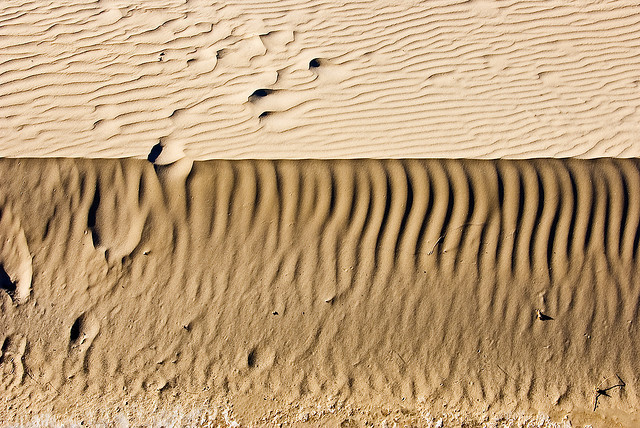 The wind also can push the waves up onto the beach forming pools of water that then freeze and crack: 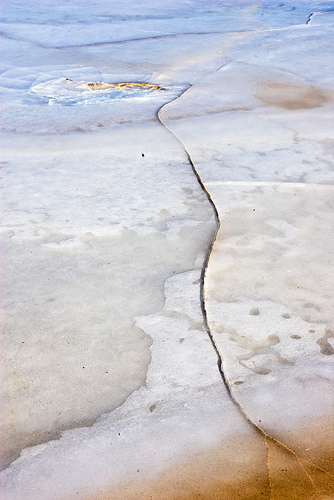 Last weekend a storm passed over that whipped the lake up into a frenzy. The winds, waves and cold have left the beach as an alien landscape. Today I was lucky enough to visit the beach with Tim. It was quite an effort to climb out onto the ice, and we probably went a bit further than it was safe to go, but it was worth it. 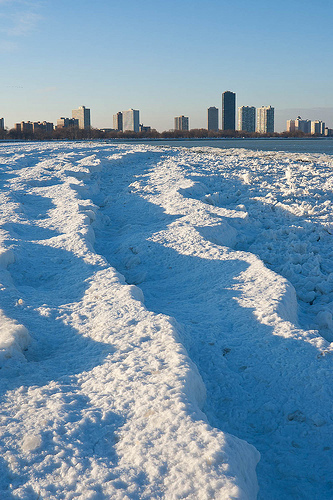 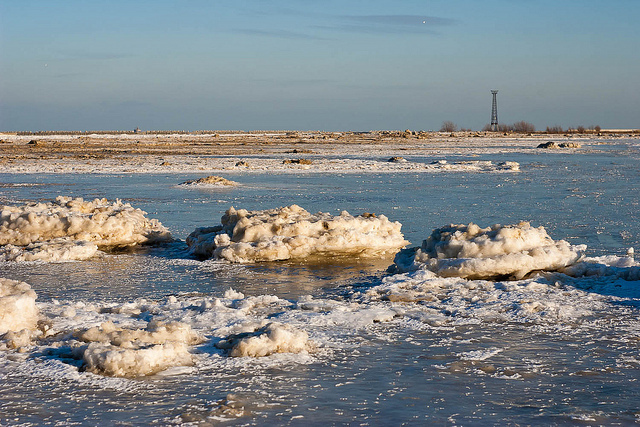